Pichwai paintings originated back in 1671 AD. The paintings covered the walls of the famous temple of Shrinath Ji in Rajasthan. Shrinath Ji temple was located in Mathura, however, In the year 1671 AD, in anticipation of the Mughal king Aurangzeb’s raids, the temple was shifted to Rajasthan, where it would be safe in the hands of the Rajputs. Along with the idol of Shrinathji, the lord’s servants – the priests, confectioners, cows and their care takers and the Pichwai painters (painters of temple background art) also went along. Shrinathji Pichwai paintings are works of art that are used to adorn the walls of temples, behind the idol. The colours used in the paintings are extracted 100% from natural sources. 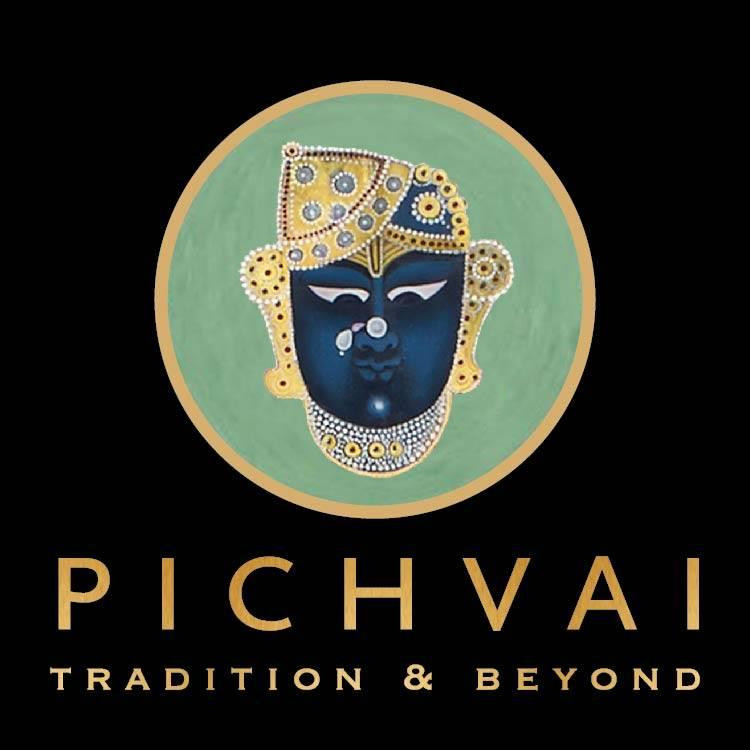 To understand the history of Srinathji pichwai paintings, one needs to understand and acquaint them with some information about Shrinath ji, the god whose temple is adorned with these paintings. The ancestors of the original artists fled from Mathura anticipating Aurangzeb’s raid and came and settled in Rajasthan.

A Pichwai painting for the temple backdrop are big in size and can take from a couple of weeks to a few months of time in its preparation phase. The colours used in the paintings are extracted 100% from natural sources like flowers, stones, minerals etc. Picwhai paintings are also a lot like miniature and are known for their intricate art work. Wealthy families commission paintings for the temple, but for the common man, there are smaller versions to take home into their personal shrines also.

The Pichwai style is from the Nathdwara School, and is identified by characteristic features of large eyes, broad nose and a heavy body, similar to the features on the idol of Shrinathji. Different paintings are made for different occasions, different seasons, festivals, and so on. While the painting has pink lotuses in the summer, the painting for Sharad Purnima is a night scene with the bright full moon.

Whenever it comes to discussing the revival of Pichwai paintings, Pooja Singhal is one of the most distinctive names in the industry to have taken up the initiative of reviving the art form and has brilliantly stood out in her valuable efforts. Pooja singhal’s pichvai revival aims to decrypt the forgotten traditional art. Pooja Singhal pichwai art initiative is known as Pichwai Tradition and Beyond. The project emphasizes on commissioning work form artisans who stay true to the original styles and techniques. She has currently commissioned work from around 25 pichwai artists. The major objective of her revival project is to make the style of sreenathiji pichwai paintings more accessible to a larger audience while safeguarding the original art, technique, style and simultaneously keep the style of this traditional art form alive. 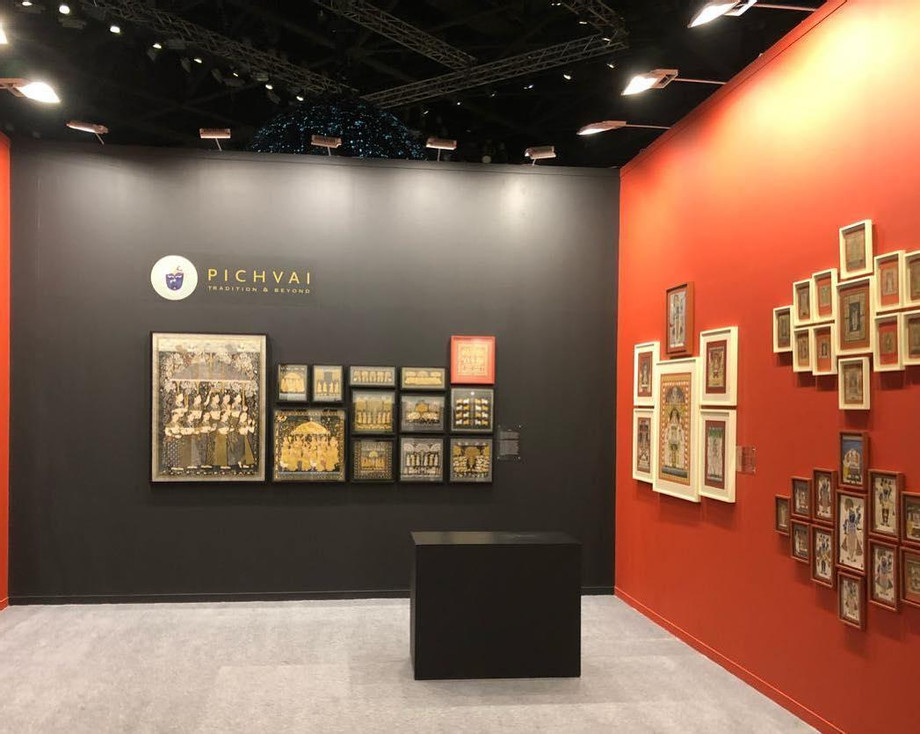 Interestingly, the very first Pichwais were developed by just five families of the sect who created iconographic renderings as backgrounds for the idol at Nathdwara. Each Pichwai is an intricate and carefully composed work depicting Lord Krishna in twenty-four forms. In these paintings Krishna’s clothes change every fifteen days, in total, twenty-four times a year, as also told by Pooja Singhal in one of her interactions. Many of these compositions have been long forgotten, as they have not been ever recreated. Some even sport a contemporary look and feel. Close observation reveals greater graphic detail, depth and more unusual prints on the garments.

Though simple in appearance, there is great detail in every Pichwai, from the lively expressions to the beauty and sense of movement in the garments. Through in-depth research into catalogues and private collections, the artists reproduced compositions that are original, beautiful and no longer available. There is a growing interest in Pichwai art in abroad and in India. Pooja singhal’s pichwai interventions include holding exhibitions showcasing the art and serving the art lovers with a much awaited opportunity. The price for these showcased pichwai paintings range from INR 10,000 to INR 3,00,000. 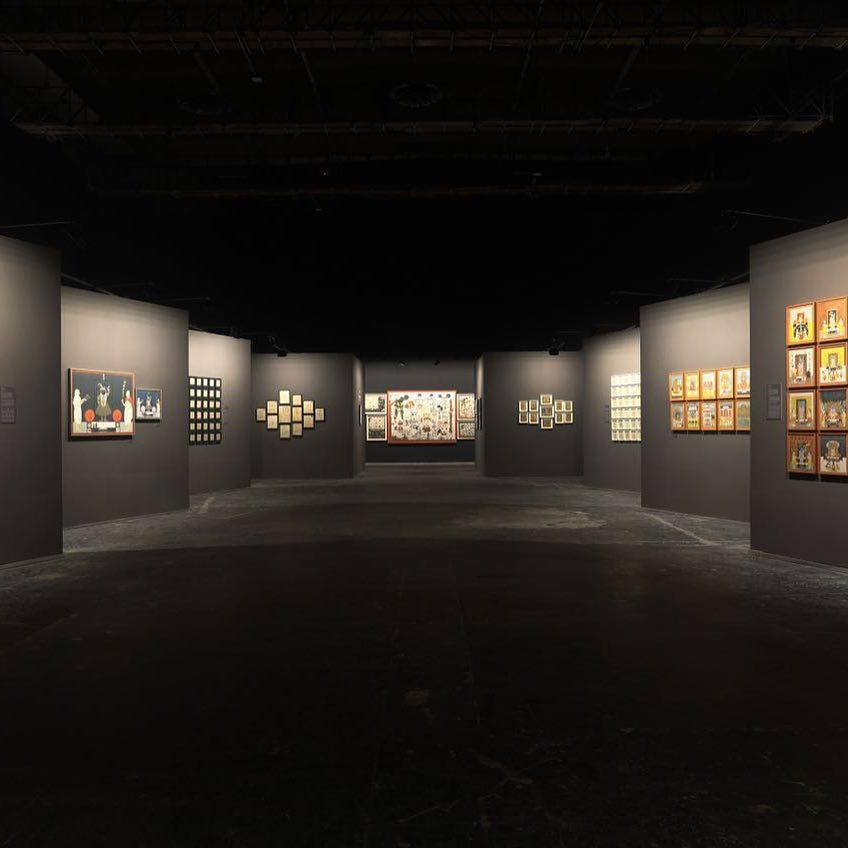 Besides the traditional large works on cloth, she has developed varied sizes including smaller works that are affordable for the young collector. The original art of creating Sreenathji Pichwai paintings include using stone colours on cloth and paper. Pooja Singhal has done the same. The diversity of expression and accuracy of setting in these are also remarkable, as expressed by Singhal. Through tireless and detailed research and discussions with artisans from the region, the artist has developed an exquisite collection that has brought the diverse and forgotten scenes and designs of the Pichwai back to life. Revival of Pichwai paintings is a great opportunity for traditional art lovers to explore the diverse paradigms of the world of Pichwai.

Home Delivery Service Has Advanced In These Years.

A Detailed Guide to Cleaning Your Window Blinds