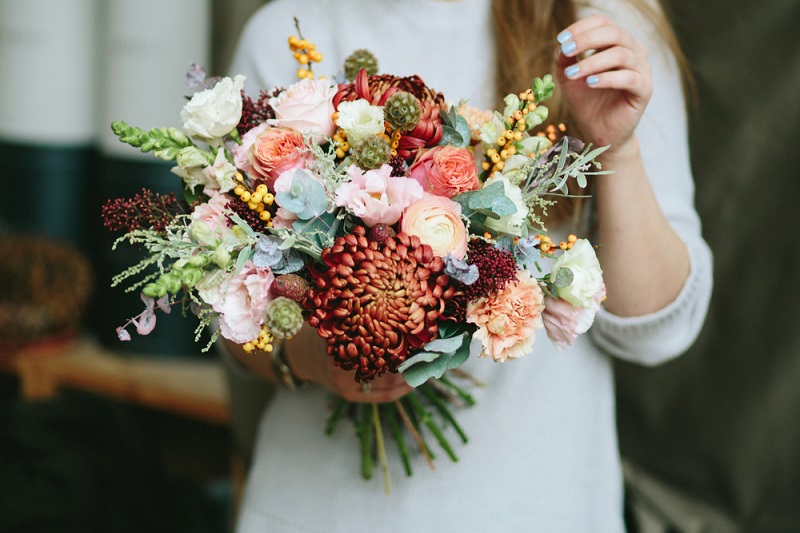 Flowers are one of the most popular things presented as gifts or for showing respect. Flower bouquets are widely presented for weddings, birthday parties, and even funerals. The flower industry is booming because bouquets have not faded into oblivion and continue to remain a symbol of love and respect. The types of flowers and their colors are not the sole determinants of the beauty of flower bouquets. How the flowers are arranged also plays an essential role in determining the aesthetic value of the bouquet.

There are multiple kinds of floral arrangements for flower bouquets.

Some of the Popular Flower Bouquets Options Have Been Mentioned Here:

Biedermeier flower bouquets consist of flowers arranged in concentric circles. The various kinds of flowers make up concentric circles of different colors. The floral rings can range between 2 to as much as 8-10. The flowers are cut uniformly and are wrapped using a fabric or wire. Rose, orchids, tulips and dahlias are commonly used for making Biedermeier bouquets. Bewilderment bouquets are popular bridal bouquets.

Nosegay flower bouquets feature flowers cut to the same length which are packed tightly using fabric, silken ribbon or wire. Nosegay bouquets are characterized by the presence of a focal flower which stands out among others. The color of the focal flower instantly grabs attention. Various species of flowers of contrasting colors are used in such bouquets.

Posy flower bouquets are small-sized and round-shaped bouquets. The stems of the flowers are fixed to each other using a wire. A decorative ribbon covers the wire. Round shaped flowers such as roses, peonies, dahlias, gerbera daisies and rancorous are used to make posy bouquets. Such bouquets impart a minimalist look and are widely preferred by brides wanting a simple bouquet to go with heavy jewelry. Posy bouquets can be held comfortably in one hand and can also be used for decoration.

Cascade flower bouquets are also known as waterfall bouquets. This type of bouquet features foliage such as leaves and trailing vines along with the flowers. The entire flower arrangement appears like an inverted teardrop with a rounded top tapering to form a pointed end at the bottom. In effect, a waterfall appearance. The flowers are tied using ribbons, wires and floral foams. The flowers can also be put in an elegant holder such as a silver holder to maximize the aesthetics of the bouquet. Even though all kinds of flowers can be used for making florists recommend cascade bouquet, including bright flowers such as dahlias, garden roses, lilies and hyacinths.

Composite flower bouquets are unique because instead of complete flowers, petals from different herbs are used. The petals are arranged radically to form a single giant flower made of a plethora of petals. Large and thick petals from many flowers are tied together using a wire. Composite flower bouquets are expensive because there are not many florists who are capable of making such bouquets.

Crescent flower bouquets are shaped like a quarter moon. The central part of the bouquet is made of brightly colored and compact-sized flowers while the sharp edges are made of foliage such as tapered vines and ferns. Commonly used flowers are rancorous, hanging Amaranths and baby’s breath. Cascading ivy and star asparagus are commonly used foliage.

Top Driving Tips &Tricks For All The Teenagers Out There

Blepharoplasty and Its Significance in Your Facial Appearance Enhancement